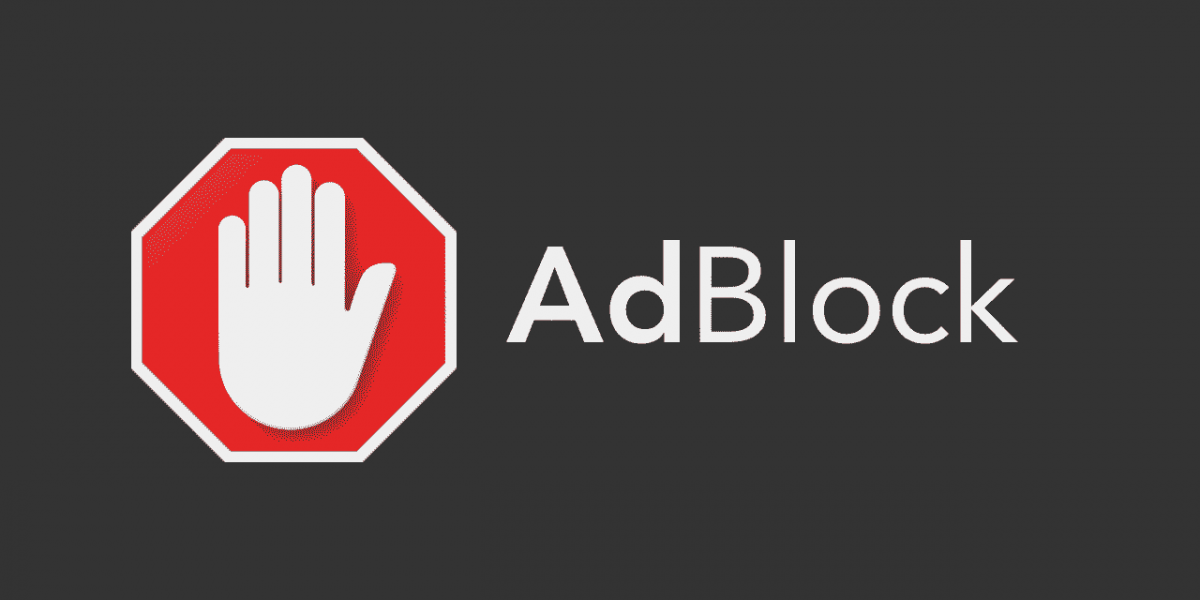 A staggering 38% of internet users have blocked ads. You can block them using ad blocking browsers, 3rd party apps and even some ISP’s block all ads for their customers like the Jamaica-based operator Digicel.

In my opinion the ad industry and website owners have only themselves to blame for the increase in ad blocker use. But can the industry do anything to reverse this trend? To answer this question we first need to look at the reasons why people use ad blockers. Essentially it boils down to three reasons.

Ad blockers can improve the speed of a website and can simplify the user’s viewing experience by removing intrusive ads.

For example The Guardian’s mobile homepage uses 1.4 MB of data. Using an ad blocker the site only requires 1 MB of data (tested 8 June 2016).

Obviously this isn’t an entirely fair comparison because the site will cache some of the data but you get the idea – ad blockers mean you can view more of the web for the same price.

Ads can also be incredibly intrusive. Full page ads which pop up before you can get to the content you want, autoplaying video ads or just the sheer scale of ads on the page all impact negatively on the user’s experience.

As well as being an annoyance to users ads can stop them from accessing the content. Some full page splash ads (using a modal window) stop mobile users from even accessing the content they want as they can’t close the ad. Or some users with dyslexia find it incredibly difficult to read content when ads autoplay.

Ad blockers can stop you being being tracked online, keeping your viewing habits private.

Data collection is big business. The better a business knows its audience the better it can target ads and sell you stuff.

88% of the top 1 million websites track users and pass on their data to 3rd party companies. Google is the largest recipient of this data with nearly 80% of the websites studied. Other top sites include Facebook (32%) and Twitter (18%). For example Facebook’s ‘like’ button and Twitter’s little blue bird are tracking you even if you don’t press them.

Without wanting to sound too creepy I’m tracking you right now. And I’m not alone, more or less every website and advertiser does. In my case I collect anonymous data using Google Analytics. It is great for me to track user behaviour to help improve the site but as a user you have no easy way to opt out of this tracking.

More invasive tracking such as super cookies follow users around the web, building a picture of who you are, what you like, your location, the device you use and so on – all without knowing your name (this is known as browser fingerprinting). This information can then be used to target adverts which the advertiser thinks are relevant to you.

When done right you probably don’t notice them. But when done wrong it becomes painfully obvious that you are being tracked and profiled.

For example I bought a Lego Christmas Calendar on Amazon. For the next month I was targeted with adverts on other websites to buy a Lego Star Wars Christmas Calendar. For me this made me feel suspicious of what other information was being shared, and a little annoyed that it makes it obvious to my family what Christmas presents I might have been searching for. I had already bought that particular product so why promote it to me again. Perhaps another  Lego Star Wars product would have been more relevant.

Third-party ads, supplied by ad networks like DoubleClick and engage:BDR, are a simple way for webmasters to get ads on their sites. However those ads could be unknowingly serving advertising malware to your users.

A report in 2015 by Cyphort said online infection rates for third-party ads have increased by 325% in 12 months.

Malware via 3rd party ads allows the bad guys to get their malicious code distributed to a large audience. Big name sites like Forbes.com have been hit.

By blocking ads users can reduce the chance of any malware infecting their machines.

How to reverse the ad blocker trend

Without ads a large number of our favourite websites would have to change how they generate revenue to keep going. Ads aren’t evil – they allow you to access great free services like Google.

Equally ad blockers aren’t the bad guys. They are providing a service that the user wants.

16 years ago when music piracy via sites like Napster was the norm the music industry fought tooth and nail to stop piracy. Instead of trying to stop it they should have looked at the underlying reasons for why users wanted to pirate music – they wanted to be able to listen to music instantly. It took a long time for the music industry to catch up with the user requirements and allow the legal selling of mp3’s.

The ad industry is in the same position now as the music industry was 16 years ago.

To reverse the ad blocker trend I think the ad industry and website owners need to focus on the user by doing the following:

Make it clear what is being tracked

The EU cookie law is a bit of a farce. The spirit of the law means you should make it easier for the user to find out how they are being tracked but it doesn’t go far enough. Openness about what you are doing will help build trust, and if you don’t want to tell your user, you are probably doing something you shouldn’t.

Make it easy to opt out of tracking

At the moment users can select the option ‘do-not-track’ first introduced in 2011. This is the ex directory service for the web. It allows users to say they don’t want to be tracked – the only problem is it doesn’t work. There are no legal or technological requirements for its use and the Digital Advertising Alliance (DAA) does not require its members to honour automatically set ‘do not track’ signals. This needs to be mandatory for all sites and services to honour.

The size of websites especially on mobiles are driving users to ad blockers to get improved page load speeds. More focus and effort should be made on response times like the Google’s AMP Project. Companies need to ensure their websites have a performance budget to ensure sites load in less than 10 seconds. According to Jakob Nielson’s advice any more and you lose the user’s attention.

By their very nature ads want to be noticed but the more intrusive the ad the more likely a user will avoid a website or use an ad blocker. Ads don’t don’t have to be in your face to be successful. Steve Dent at Engadget gave a good example.

“You know those full-screen interstitial ads that pop up when you load a mobile site and suggest that you install the app instead? It just dawned on Google that they actually make you rage-quit the entire site” . [For a Google+ ad they] found that while nine percent of visitors did press the “get app” button, 69 percent abandoned the page completely.

Google then removed the interstitial to see how it would affect G+ usage, replacing it with a banner ad instead. Active users increased by 17 percent”

The industry is already tidying up the security of ads but every security failure is another reason to distrust ads. For example as of 30 June 2016, you’ll no longer be able to upload display ads built in Flash with Google AdWords. Why is this a good thing – Adobe Flash Player provided eight of the top 10 vulnerabilities used by exploit kits in 2015. If ad infection rates can’t be curtailed the only logical conclusion would be for individuals and businesses to use ad blockers to keep their devices safe.

Ads can be useful when done right. The TWiT network says they are “interested in new advertisers who have products and services that will directly benefit [their] audience”. I think if all websites treated ads as a service to users, providing them with content they will find interesting, you will find users won’t hate ads so much.

Unfortunately none of this is easy as it requires the whole industry to agree to change. But if either the EU or the USA passed some legislation to ensure users can easily block tracking, and websites started to treats ads like the rest of their sites content, ie respecting their audience, then we will see some real changes in online advertising. 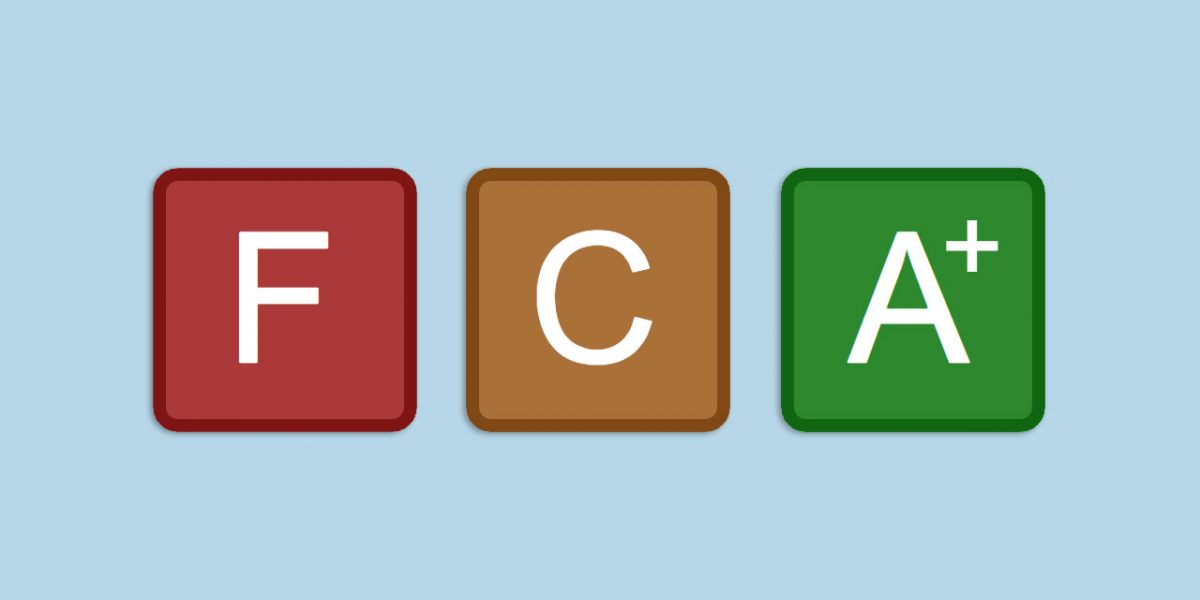