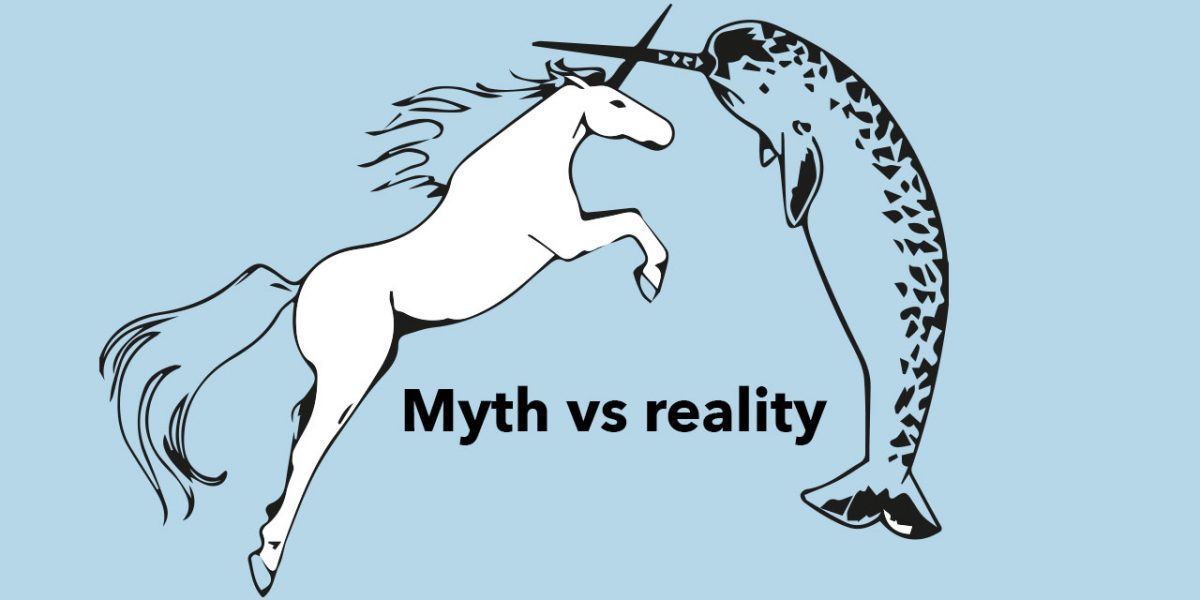 Accessibility has come a long way since the launch of the Web Accessibility Initiative back in 1997. There is a wealth of information out there to help you make the right decisions. However, somewhere along the way that advice has been misinterpreted to create several myths around best practice.

These accessibility myths are being implemented on websites today which at best have no benefit to web accessibility and at worst may be damaging it.

Here are my most common web accessibility myths for coders and content designers.

Black text on white is the most accessible

Testing how accessible the colours on a website is fairly straightforward. You can use a colour contrast ratio checker like the one from WebAim.

The contrast ratio checker tells you if the contrast passes the Web Content Accessibility Guidelines also know as WCAG 2.0.

It sounds a bit counterintuitive but having the highest contrast ratio, pure black text (#000000) on a pure white background (#FFFFFF), isn’t the best for accessibility.

Many dyslexic users are sensitive to the brightness the high contrast colours cause. This can make words swirl or blur together.

To avoid this, use an off-white colour for your background and a dark grey for your text. You can read more about colour choices in this 2012 study “Optimal colours to improve readability for people with dyslexia“.

All images should have alt text

The blind or visually impaired use a special bit of software called a screen reader which reads text on a computer screen.

The alt attribute provides alternative text (alt text) for an image. It is this information which is read by a screen reader to help a blind user.

The code below is an example of an alt attribute, with the alt text “example text”.

And this video shows a screen reader in action

Some developers add alt text on all their images thinking this will help with accessibility. But this practice may actually hinder a screen reader user. Adding alt text is all about context. The alt text for the same image may vary or require no alt text depending on the information surrounding it. 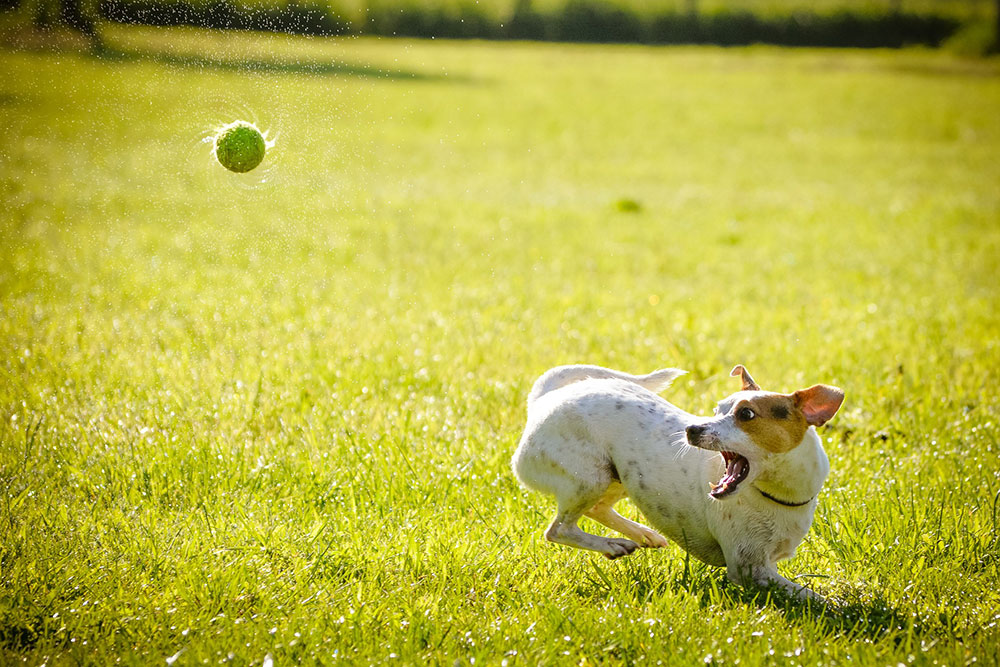 What alt attribute would you give to this image?

Best practice is to only add alt text if it helps a screen reader user. For example you don’t need to add alt text if the image is decorative or all the information expressed in the image has already been explained within the body of the page. We don’t want to waste the time of a screen reader user but equally we don’t want to hide anything from them.

Out of the five options it is probably easier to say which options you would never use. Option one, ‘image of dog’ is a poor choice. It doesn’t describe the image and it uses the word ‘image’ which isn’t required as the screen reader will normally announce it as an image. Option two provides a lot of detail but none of it is relevant to the image. From the picture you can’t tell Keith the dog is a champion ball catcher.

Options three, four or five could all be used depending on content surrounding the image. You might for example use an alt text of nothing if the image had a nearby caption or a heading which accurately described the image.

You can find out more examples on when and when not to use alt attributes from Webaim.

If you forget to add an alt attribute, a screen reader might read the file name of the image to the user instead of ignoring the image. In the example below the screen reader would announce the image as “example hyphen one two three dot J-P-G” which provides no benefit to the user.

All links should have a title attribute

The title attribute is one of the oldest HTML attributes dating back to 1995. Over 20 years later it is now more or less useless but some developers still have a misguided notion that the title attribute will help with accessibility.

What is the title attribute?

The title attribute is a tooltip you see when you hover over a link.

Nielsen’s defence of the title attribute says it can be used “to provides additional details for mouse users”. But to be accessible you should make content available for all users – not just some.

W3C HTML5 recommendations state. “Relying on the title attribute is currently discouraged as many user agents do not expose the attribute in an accessible manner.”

For example screen readers, used by blind users to navigate the web, normally don’t read the title attribute. If you had a link called ‘click here’ and you added the title text ‘this link goes to the BBC website’ the blind user would be none the wiser to the destination of the link as the only bit of information the screen reader will announce is ‘click here’.

The title is also useless on a mobile as the user can’t hover over a link and if you think it might have some search engine optimisation benefit – it doesn’t.

In 2015 WordPress (the most used Content Management System in the world), removed the ability to add a title attribute because of accessibility concerns.

The screenshot below shows how in WordPress 4.1 you could add the title attribute when creating a link 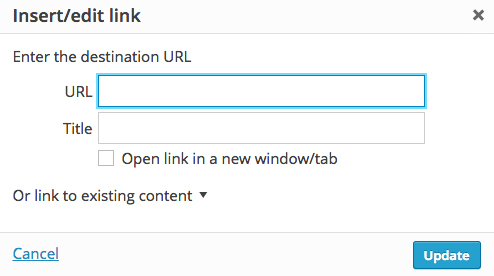 The screenshot below shows in WordPress 4.2 and all subsequent versions the title attribute field has been removed

You should never use the title attribute. Instead just make sure your links are descriptive – never use ‘click here’ or ‘find out more’. Instead provide a clear indication of what the user will see when they click on the link. Descriptive links also help sighted users who can glance down a page and easily see the link they want.

All buttons should have the <button> attribute

What would you say this is…

Most people would say this is a button. Visually you would be correct but technically you could be wrong.

If you click a button and it just goes to another web page, it isn’t really a button. This is what marketers would describe as a call to action (CTA). It is basically a link on the page which is styled to look a bit different to give it greater visual prominence.

This imposter button should never use the markup <button> or role=button as it isn’t a proper button.

For example on the New York Times website it has a link to subscribe to the newspaper.

And the code for the button is this

As you can see they have used the <button> attribute when they shouldn’t. The ‘subscribe now’ button is just a link to another page that looks different. In fact they have another button promoting the same subscription which is just a normal link styled to look like a button.

This inconsistency and miss use of the <button> attribute can create confusion for screen readers.

For more help on accessibility and design patterns check out the a11ly project.

Do you have any accessibility coding myths or have a different perspective on my thoughts?Please comment below.

Should a chatbot tell you it’s not human? 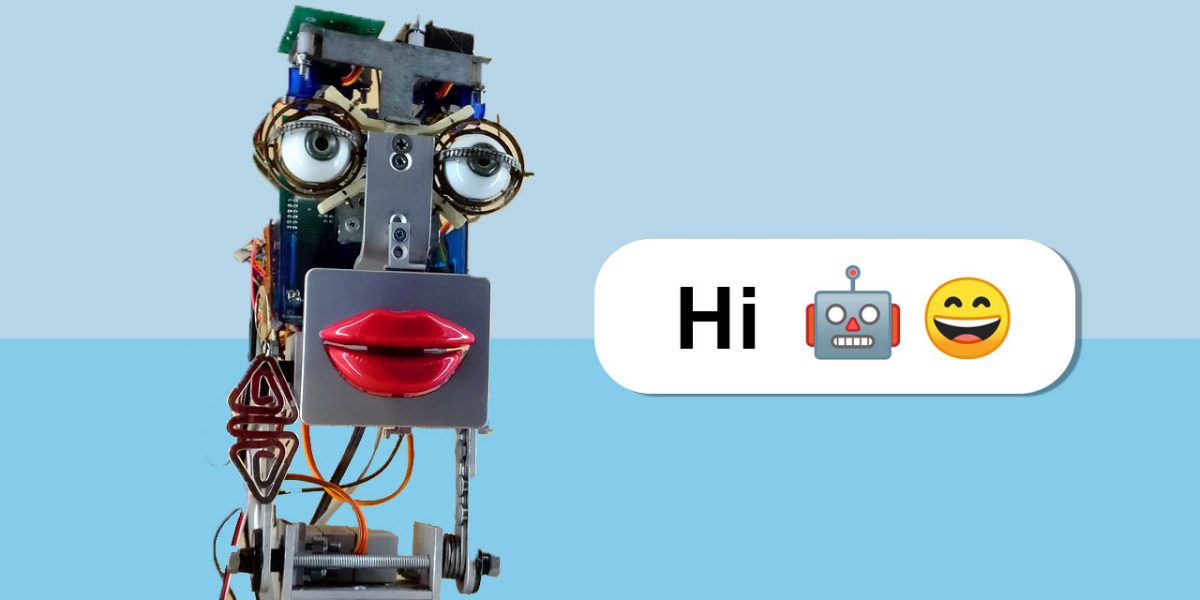 Why opening links in a new tab is bad for users